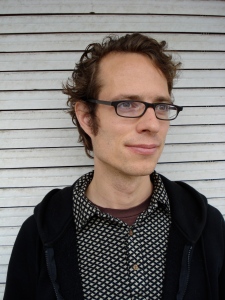 an inteview with the artist by Aydın Silier and Gurur Ertem

Gurur Ertem:   Your projects, along with those you’ve realized with Rimini Protokoll, could be considered as ventures into ‘histories of the present’, and as ‘sociology of everyday life’. They are not theatrical pieces in the conventional sense of the term, but pertain to ‘a broad spectrum of performance’ where we meet people who are not performing characters but performing themselves, more precisely, how they perform themselves in everyday life in a global society touched by the paradoxical effects of contemporary capitalism. In a way, you take up on issues usually dealt with either by journalists or by academics. What are the advantages and stakes for dealing with such issues in an artistic setting? To what extend do you consider your work as social research/activism and to what extent as art?

Stefan Kaegi: My first job out of school was journalist. And I guess some of the interest to understand the world and communicate distant or invisible parts of our society remains in my work. But I was very unsatisfied with the format and time constraints working for the newspaper. I had only three hours to write one article which was then understood as “the truth” by my readers that I never met. So my art became inventing new forms to talk about reality…to organize spaces of mutual communication instead of one-way-infotainment. Theatre can bring people together.

G.E.:  Some of your works deal with the complex dance of contemporary capitalism between distance and proximity, of the local and the global, like Call Cutta in Box. The issue there was the outsourcing of service labor – putting in focus a call center that is far away, catering to a local service, creating the effect of familiarity and nearness from a distance.  Could one also say that you are outsourcing/decentralizing the authorship of your work?

S.K.: When you are trying to trace interesting stories in the biographies of people that have never been on stage you are working together on the representation of this person and you have to do it together.  Yes, my protagonists are co-authors of the portrait of themselves that we construct, but in the same moment they are just a part of a bigger picture that reflects more than just their lives.

G.E.:  (A question that is related to the above) While working with experts as co-creators or perhaps as co-authors, where do you place your own authorship/author function in the picture? What does your creative labor consist of?

S.K.: Authorship is just one face of my work. I am also an editor, director, ghostwriter, investigator, manager and director of what I show to my audience. And this work is always quite collaborative.

G.E.:  How do you pick the ‘experts’ to work with in general? And how did you select the muezzins for this particular project you are presenting in Istanbul? How do you convince them into a project? And how do you avoid these projects to turn into some a kind of confessional or to some sort of spectacle (or to spectacle-ization of private lives)?

S.K.: There is not really a “general” approach. We just found 100 London-based citizens for “100% London” through a chain-reaction process that happened without us being in London for example – only according to statistics of the city that we wanted to match with our cast. But in the case of Radio Muezzin, I found most of my performers myself, going from mosque to mosque in Cairo, talking to more than 40 imams and muezzins. Some of them were former truck-drivers, others part-time teachers. Some were highly educated; others were so poor they slept in the mosque…

G.E.: What makes theatre indispensable for you? For example, why are you not an ‘agency or a network of artists/activists’ (i.e. in the manner of The Yes Men) but seem to self-identify yourselves in the label of Rimini Protokoll foremost as a theatre label (or do you)?

S.K.: We are not political activists. We don’t transmit “messages”. We don’t try to convince our audience to share our opinion. And we make theatre. We care about social roles as others care about theatre roles, but we also care about timing, sounds, light and creating a setting of reflection about representation. Theatre always tried to represent reality. We only use some contemporary strategies and are interested in questions that are now politically relevant, but in the end we do quite classical theatre in order to entertain our audience activating their brains and senses.

S.K.: I never watch it, but I think: There is none. TV tries to cast stars, which are talented and want to become singers or actors or TV personalities. We cast people who have something to say and have lived an interesting life. TV tries to shoot “authentic” moments of their boring people when they are unaware of being watched. We work during months to prepare our performers for the meeting with the audience which is honest but also highly constructed. TV keeps you far away (“tele”) from what happens. We bring people close to each other.

So I think Reality TV is the exact contrary of what we do in our theatre.

G.E.: We understand that Rimini Protokoll is the label for the works of artists Helgard Haug, and Daniel Wetzel and Stefan Kaegi in various team constellations (related to theatre, live art, radio plays and installation). You are a team of authors, directors and designers of sound, stage and videos of your performances works. In this complex network or association of artists, what are the ‘protocols’ you observe –each one of you needs to observe- to be a part of this label?

S.K.: The answer is simple: there are no rules. There is just the impulse to sometimes work together and sometimes not.

Aydın Silier: Radio Muezzin came at a time when islamophobia was on the rise in Europe. Do you think the piece has helped counter prejudices and open paths for dialogue between different communities?

S.K.: Well it definitely made western Europeans understand more about everyday life of religious people in Cairo. The audience met people that spend a big part of their day in a mosque but nevertheless are no terrorists. They identified with people who they couldn’t have met without this frame. But I am quite realistic about the possibilities of theatre to “change the world”: 2 months after we performed in Zürich the Swiss voted in a plebiscite to forbid any further constructions of minarets in Switzerland…

A.S: What is the significance for you of showing Radio Muezzin in a country with Muslim majority? Do you expect different reactions to the piece than those in West Europe?

S.K.: When we performed in Sarajevo, I had the feeling that a Muslim audience enjoys the piece in a more relaxed way. They could understand more of the irony that is also inscribed in the piece. Although Turkey is mainly Muslim, Egyptian reality is very far from Istanbul. So there is a lot to discover for iDANS audience.

A. S: The same way you got interested in lives of muezzins in Cairo (a foreign religion and a foreign country for you), would an Egyptian artist, for example, have an interest in researching and making a piece about the lives of Pastors in a Church in Germany, for example? In what ways would his process be similar or different that yours?

S.K.: That would be interesting, I think. The Copts have a not so easy time in Egypt these days. And I am not sure how relaxed the priests would be on stage…

A. S: In a country like Turkey, you may sometimes see that sectors of the society which call themselves “conservative” may be active actors of “renewal” and (democratic) “reform” in the political sphere. How does conservatism and avant-garde interact in the arts?

S.K.: They run around each other in circles like dogs that are trying to smell each other’s ass…

S.K.: We rehearsed the play in Mubarak times – just 100 meters away from Tahrir Square. The muezzins were often afraid of saying things, because the whole climate was like in the GDR. Secret service was present all around the Goethe Institute where we worked. The centralization of the Azhan about which the play speaks is also a metaphor for the centralization of power under the Mubarak administration – and the ministries were trying to do their best to put obstacles in our way. But as a foreigner I guess I had a bit more liberty than Egyptian artists that might have ended up in jail for what we did. After the premiere we had to fight a lot with the ministry of religious affairs to let us perform the play the way we wanted.

S.K.: So I was very happy about the Arab spring. But I was also constantly afraid for my artistic team that was very involved into the demonstrations. One of my performers got shot in his foot by the police. Everybody in the team knows people who died. So we decided to also include that part of Egyptian history into the play. The text keeps growing…